Can a trustee demand his advocate be present at a trustees’ meeting?

Q1. A body corporate that I manage is experiencing a bit of a problem, and a trustee has invited an advocate to attend a forthcoming trustees meeting. My understanding is that a trustees meeting is a “closed” or private meeting of trustees and members of the body corporate (bond holders excepted). I further believe that an “outsider” can only be invited to attend the meeting if the other trustees agree. In the past, contractors have been invited to a trustees meeting to give a presentation of their product, but this has always only been permitted on the approval of the other trustees. Can one trustee demand that his advocate attend the meeting?
A1. As you suggest, the trustees can agree to have any person present if they think that person could be useful in giving them valuable information or assisting them with their business. But a trustee meeting is a “private” event in that only duly elected trustees and owners are legally entitled to attend and talk. And only trustees can vote. Others can only attend on the basis of a majority vote of trustees authorising their presence.

So no, one trustee cannot demand that his advocate attend the meeting.

I have seen this type of situation become awkward because people don’t want to be rude to others by refusing them admittance, particularly if they are perceived to be powerful people who may then play a role in attacking the other trustees. So I suggest that the trustees should talk to one another in advance and see whether they are prepared to allow this advocate to attend. If not, the trustee concerned should be advised in advance. If he or she is to be allowed to attend, they should consider whether they feel that the body corporate’s legal adviser should also be present. 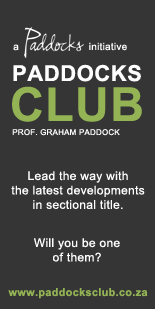 Need for agreement on change of ownership

Q2. Has the need for a waiver in the format of a memorandum of agreement fallen away for levies due when a unit is sold (i.e. when the purchaser takes responsibility for levies owing to the end of the financial year)? I have a transfer that was initiated in February, but with certain delays it will only be registered some time in May. In the interim, the body corporate has had their AGM and raised a special levy (to be paid over three months effective from the 1st May 2011. Please guide me to the relevant clause in the Act or PMR for this answer.

A2. Yes, the need for such an agreement (often referred to as a “tripartite agreement”) has fallen away because section 37 of the Act was amended in December 2010.

Have a look at the current wording of subsections 37(2) of the Act and you will see that, in terms of the proviso on the change of ownership of a unit, the successor in title automatically becomes liable for a pro rata payment of general levy contributions.

No similar specific provision for automatic assumption of pro rata liability by a purchaser was inserted for special levies, dealt with and defined in §37 (2A) and (2B), but this will be corrected in terms of the Sectional Titles Schemes Management Bill. Here see subclause 3(3) of the Bill, which contains the necessary proviso.