The Power of Trustees 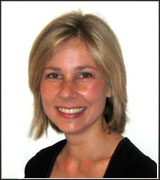 There is a common misconception amongst sectional title owners that the trustees of the body corporate are more important than the ordinary members of the body corporate, with the chairperson being the most important of them all.  This misconception stems from the fact that the trustees are seen to have the power to make certain decisions affecting the entire scheme without consulting or taking the views of the other members of the scheme into account.

The trustees are the executive body of the body corporate, appointed to make day-to-day decisions on behalf of all owners, and they do not have to call a meeting of owners every time a decision has to be taken.  If they believe that it is necessary to raise a special levy to fund unbudgeted repairs to the common property they do not need to consult with the owners before raising the levy.  Similarly, trustees are entitled to enter into short term rental agreements with owners to rent out a part of the common property for up to ten years. Trustees are also entitled to appoint employees, for example a gardener, caretaker or managing agent.  The trustees may also initiate a process to obtain approval of non-luxurious improvements to the common property, such as the installation of security fences, but if any owner asks for a meeting to discuss the issues the trustees can only proceed if the meeting approves the proposals by special resolution.

But the Sectional Titles Act of 1986 provides for limitations on the discretion of the trustees and allows the owners to impose checks and balances to ensure that the trustees do not act outside the scope of their mandate, as provided for in the Act and implied by the budget approved at the last annual general meeting. Perhaps most importantly, the Act allows owners, by majority vote at any general meeting, to give directions to or place restrictions on the trustees, for example setting a maximum amount that the trustees may spend without consulting the other owners or directing them to act in a particular way in certain circumstances.

“…the Act allows owners, by majority vote at any general meeting, to give directions to or place restrictions on the trustees…”

Trustees should, whenever it is practical, consult with the members of the body corporate before making decisions which have a significant impact on their finances or use of the common property. At each annual general meeting the owners give the trustees financial instructions by approving a particular budget, if they feel it is necessary they can also draw up a list of issues giving the trustees specific directions or imposing particular restrictions on their actions.  For as long as the trustees act within the scope of the provisions laid down in the Act and any additional restraints or directions which they decide, the members of the body corporate can rest assured that the management of the scheme is in capable hands.

The trustees would need to follow the process set out in Prescribed Management Rule 33 of Annexure 8 of the Regulations to the Sectional Titles Act 95 of 1986, and it will need to to be determined, by the trustees, whether the proposed additional parking would be a luxurious or a non-luxurious improvement to common property.

Good day.
There are eight units in our complex. The managing agent colludes with the Chairman to extend their contact year-on-year. The managing agent is not objective. They react and attack complaints instead of resolve. There are unreasonable rules where if your levy payment is late, the fine is one and half times the value of the levy. They dictate how we should live, flout supply chain rules where friends/relations are given work to perform, and after their quotation for requested work is accepted and work has already commenced, then we are given a variance and revised higher quote to pay. Where do I go for assistance or whom can i contact?

Thank you for your comment. Please email us on consulting@paddocks.co.za with regards to your matter, and we can provide you with a no-obligation quote, so that we can assist you.