The concept of the quorum for a meeting might not be clearly understood by everyone. A quorum can be defined as the requirement for members to be present at a meeting in order for that meeting to begin and make valid decisions. The quorum requirement may be a minimum number of members in person or may be the presence of members holding certain positions or qualifications, or all of these.

There are interesting similarities and differences in the quorum requirements for member meetings in sectional title schemes and home owners’ associations (HOAs). 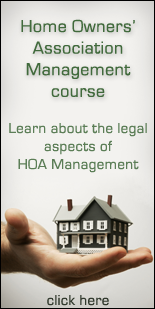 The standard management rules for sectional title schemes make the quorum number for general meetings dependent on the size of the scheme; the larger the scheme, the smaller the proportion of members required to form the quorum. Thus, in a small scheme of only 10 units, owners holding a minimum of half the votes have to be present before a general meeting can proceed to business. But in a larger scheme of 50 or more, owners holding only 20% of the vote need be there. And number is not the only requirement: owners must be entitled to vote before they can be counted towards the quorum. Members are not entitled to vote for ordinary resolutions if they are in arrears with their levy payments or, after written warning, in persistent breach of the conduct rules.

Proxies are counted in the calculation of the quorum. This has an interesting practical application. In a scheme that happens to be in a holiday destination, it is highly likely that a significant number of units will be owned by people who do not live there and only use the unit during the holidays. It’s also very likely that a number of units will be owned by groups of friends or relatives who share its use. In this situation, they must remember that a valid proxy can only be appointed by all of them. They must all sign the proxy form or authorise one of their number to do it. Of course, it’s possible to change the management rules of a scheme, so it’s worth checking to see if the standard quorum requirements apply.

The quorum requirement for general meetings of members of an HOA is usually also a minimum number of members who are entitled to vote; both a number or proportion of owners and a qualification of some kind may apply.

The constitution of a common law HOA will specify the quorum requirements for meetings of members. HOAs that are formed as non-profit companies are governed in this respect by the Companies Act, which specifies the quorum requirements for member meetings to begin and also for the consideration of specific matters during the meeting – but allows the Memorandum of Incorporation to make the numbers higher or lower in both cases.

The default is the following. For the meeting to start, the quorum requires the number of members holding an average of 25% of the voting values for at least one matter on the agenda.

For a specific matter to be considered, the number of members holding an average of 25% of the voting values for that matter are required.

In both sectional title schemes and non-profit HOA companies, the meeting is postponed for a week if there are not enough people present to form a quorum. Interestingly, the Companies Act, which is a much more modern piece of legislation than the Sectional Titles Act, allows the waiting period for members to arrive to be extended if the weather is particularly bad or there is some difficulty with transport, like a taxi strike, major traffic jam or delay on the rail transport system.

Hi, I am a Chairman of a HOA of 48 units , with the upcoming AGM , 70% of the owners give me an proxy to vote on their behalf, which mean that only 2 or 3 owners will attend the meeting, Can the meeting continue and can I approve an levy increase and change some rules by myself.

Thank you for your comment. We would love to help, however we do not give free advice. Here’s how we can help:

– We offer a 1-week Free Basics of Sectional Title short course.
– We offer consulting via telephone for R490 for 10 minutes. Please call us on 021 686 3950.
– We have Paddocks Club, an exclusive online club, to help you get answers to your questions about community schemes.