Disconnection of electricity for non-payment

Q1. If included in the Conduct Rules of the Body corporate, can electricity be disconnected if still unpaid, and the owner has been given notice of the disconnection. 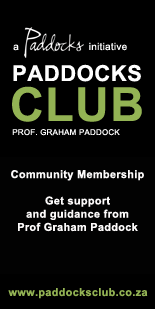 The Act provides in sub-sections 37 (2) and (2A) a specific remedy for the non-payment of levies – the body corporate can and must take action in the Magistrates or the High Court to recover those levies from the owner.

So a body corporate is not entitled to cut off a supply of any service to a section in response to a non-payment of levies. This is an act of “spoliation”.

The illegal disconnection of electricity to a unit by a body corporate was dealt with by the High Court in the case of Queensgate Body Corporate v Claesen in 1998 and the court confimed that:

“It is a fundamental principle that no man is allowed to take the law into his own hands. No one is permitted to dispossess another forcibly or wrongfully and against his consent of the possession of property whether movable or immovable. If he does so the court will summarily restore the status quo ante and will do that as a preliminary to any enquiry or investigation into the merits of the dispute. It is not necessary to refer to any authority upon a principle so clear.”

In this case the body corporate’s counsel argued that the act was taken in accordance with the scheme’s rules, duly made under the Sectional Titles Act. This argument was held to be without merit. The court said:

“The clause giving the appellant the right to cut off electricity of any unit owner who is in arrears with his or her levies is clearly contrary to the common law. It constitutes nothing but a power to interfere with such person’s right to use the existing electricity supply. The instant case is an a fortiori example of spoliation.  … no court would have had the power to deprive any holder of his or her electricity supply in the circumstances the appellant has done. It is a clear act of spoliation and there was no consent valid in law to such an act.”

Over the years I have heard fairly regular reports of people who have cut off electricity supplies to sections so as to force owners to pay up. It has been described as a “very effective” approach, but it is absolutely illegal.

From one of the other Paddocks Club users:
It could be seen as an “effective remedy” to collect arrears BUT are those doing it prepared to face the consequences?

In terms of the Rental Housing Act, § 16 (hA):
“Any person who-
(hA)  unlawfully locks out a tenant or shuts off the utilities to the rental housing property will be guilty of an offence and liable on conviction to a fine or imprisonment not exceeding two years or to both such fine and such imprisonment.”

“Any person who without legal right (the proof of which shall be upon him) cuts off or damages or interferes with any apparatus for generating, transmitting, or supplying electricity, shall be guilty of an offence and liable on conviction to a fine not exceeding the amount which the Minister may from time to time prescribe by regulation or to imprisonment for a period not exceeding 12 months or to both such fine or such imprisonment.”

Can trustees use insurance claim to get developer to pay levies?

Q2: In a sectional title scheme the developer is in arrears with levies. In the opinion of the other trustees a latent defected blocked drain pipe caused major water damage to lifts and 3 developer units. The insurance claim approved. The developer was asked on site prior to damage and undertook to look into this via an Architect, builder, etc. The developer did not do anything. The builder and plumber are not keen to assist on prior requests because of outstanding monies owed by the developer for construction work.

Can the body corporate use the insurance claim as leverage against outstanding levies? ie.: refuse the claim against the 3 developer units, etc.

A2: The body corporate is obliged to insure all the buildings and, when damage occurs, to lodge claims and do its best to get the insurer to pay for the required repairs.

Normally an insurance company that approves a claim agrees to fund repairs to the damaged property rather than paying out cash. And if this is the situation in this case, the body corporate cannot frustrate this process in order to put pressure on the developer to pay his outstanding levies.

The possibility that the developer and his sub-contractors have done sub-standard work should be properly investigated. The opinion of a few trustees is not of much value, unless they happen to be qualified engineers. I suggest that if this seems likely the trustees should arrange to get the local municipality’s building inspector out and get his or her view. If the inspector  confirm that this is a real possibility, the trustees should get legal and technical advice with a view to taking action against the developer while he still has an investment in the scheme.

As to the levy issue, I presume that the trustees have determined the highest reasonable rate of interest will be payable on outstanding levies and has handed the debt over for collection?
Graham