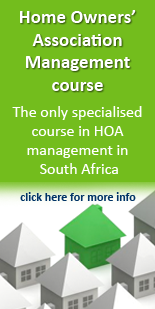 Most of the risk of liability comes when executives put their own or a third party’s interests before that of the association. As long as the individual executive acts honestly, responsibly and in the best interests of the association, he or she is most unlikely to incur personal liability in performing his or her executive duties. But part of performing honestly and responsibly is understanding and following the legal requirements inherent in those duties. This is particularly so for the executives of HOAs that are constituted under section 21 of the Companies Act. The Act makes directors and other officers of the company guilty of an offence for breaches of many of its provisions. True, this liability is generally based on the director “knowingly” doing or failing to do something, but people accepting nomination to executive positions would be well advised to make sure that they are adequately educated in these areas.

Difficulties could arise in a number of ways.  A director should make sure that the company’s name is stated on any cheque, letter or invoice that he or she signs.  He or she must also, as far as reasonably possible, make sure that the contents of reports, returns, certificates and financial statements that he or she signs are accurate. Where documents must be kept in specific ways or submitted to the Registrar of Companies from time to time, a director must ensure that these requirements are met.

Directors should not be reluctant to seek professional advice when they are unsure of something. It is also usual and sensible for the HOA to take out liability insurance that covers its directors and officers for possible liability.

Article reference: Paddocks Press: Volume 6, Issue 1, Page 3Anton Kelly is one of the Course Conveners of the Paddocks Home Owners’ Association Management course. The next course starts 21 February 2011.
This article is published under the Creative Commons Attribution license.
Back to Paddocks Press – January 2011 Edition
Previous Post An owner is not entitled to withhold levies Next Post Sectional Titles Act management provisions amended