Can CSOS adjudicate disputes with regard to parking? 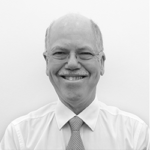 Readers may recall that at the end of September 2020 I questioned the correctness of the part of the judgment in Kingshaven Homeowners’ Association v Botha and Others (6220/2019) [2020] ZAWCHC 92 in which the judge agreed with the Community Schemes Ombud Service adjudicator’s view that she could not have ordered an owner to stop parking in breach of the scheme’s conduct rules. The judge’s reason was that there is no provision in section 39 of the CSOS Act that allows an adjudicator to make such an order.

In my view, both the adjudicator and the judge were wrong in coming to this conclusion because section 39(2)(a) of the CSOS Act provides that, in respect of behavioural issues, an adjudicator can give “an order that particular behaviour or default constitutes a nuisance and requiring the relevant person to act, or refrain from acting, in a specified way”. This gives an adjudicator the authority to make an order prohibiting parking which is ongoing and unreasonable use of a community scheme’s common property – including parking when this is a nuisance that interferes with the rights of others.

On 17 March 2021, a Gauteng CSOS Conciliator, Advocate Mohau Rikabe rejected an application in which a sectional owner asked for assistance in getting access to his garage section, which had been blocked off by cars parked by two other owners on the common property outside his garage door. Adv. Rikabe explained the rejection as follows:

In the Kingshaven HOA v Botha judgment (which dealt with a homeowners association, not a sectional title scheme) the judge at no point says that CSOS “has no jurisdiction to hear or rule on matters regarding parking issues” and this conclusion cannot be reasonably drawn from the judgment. On the contrary:

The idea that a sectional title has no jurisdiction over irregular parking on the common property (which can never include a public road) makes no sense. Section 2(5) of the Sectional Titles Schemes Management Act of 2011 states: “The body corporate is, subject to the provisions of this Act, responsible for the enforcement of the rules and for the control, administration and management of the common property for the benefit of all owners.”

Nothing in the text of the Kingshaven HOA v Botha judgment confirms that the adjudicator’s statement was correct or justifies the CSOS Conciliator’s conclusion that CSOS has no jurisdiction over parking disputes in community schemes.

Back to Paddocks Press – March 2021 edition.