All Things “Special” in Sectional Title

I often receive questions on Facebook and on the Paddocks Club discussion forum relating to special general meetings, special resolutions and special levies. These three sectional title concepts are often misunderstood and confused with one another.

Some of these misinterpretations are:

Prescribed Management Rule 53 deals with special general meetings (SGMs). According to this rule trustees may convene a SGM whenever they feel it is necessary.

Ordinary, special and unanimous resolutions can be taken at special general meetings. It is important to note that 30 days’ notice of the SGM must be given if a special resolutions is proposed. 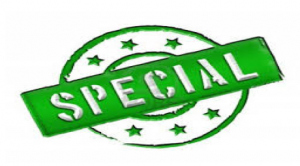 The notice that is required to convene a meeting to vote on a proposed special resolution is 30 days’ written notice, specifying the proposed resolution. Section 1(2) of the Act sets out that the notice is deemed adequate if it has been delivered by hand or it was despatched by pre-paid registered post to the address of a member’s unit in the relevant scheme, or to such other address as a member may have indicated in writing for the purposes of such notice. PMR 54(7) allows for a shorter notice period  if, in the opinion of the trustees, it is necessary due to the urgency of a matter or due to the specific nature of a matter. When a special resolution is on the agenda of a special or general meeting, the notice convening the meeting must specify the proposed resolution, failing which it cannot be discussed or voted on at the meeting.

In terms of section 37(2A) any special contribution may be recovered by the body corporate by action in any competent court (including any magistrate’s court) having jurisdiction, from the persons who were owners of units at the time when such resolution was passed. If a special levy is running at the time a unit is sold, the selling owner must complete the payment of the special levy before transfer of the unit to the new owner. This would be a condition for the issue of a levy clearance certificate.

Back to Paddocks Press – March 2015 Edition.